Hey, my name is Josh. I'm a level designer with experience in Source and Unreal. I've been making levels for 5 years and have worked with multiple independent developers to create multiplayer and singleplayer experiences. Below is some of my work. 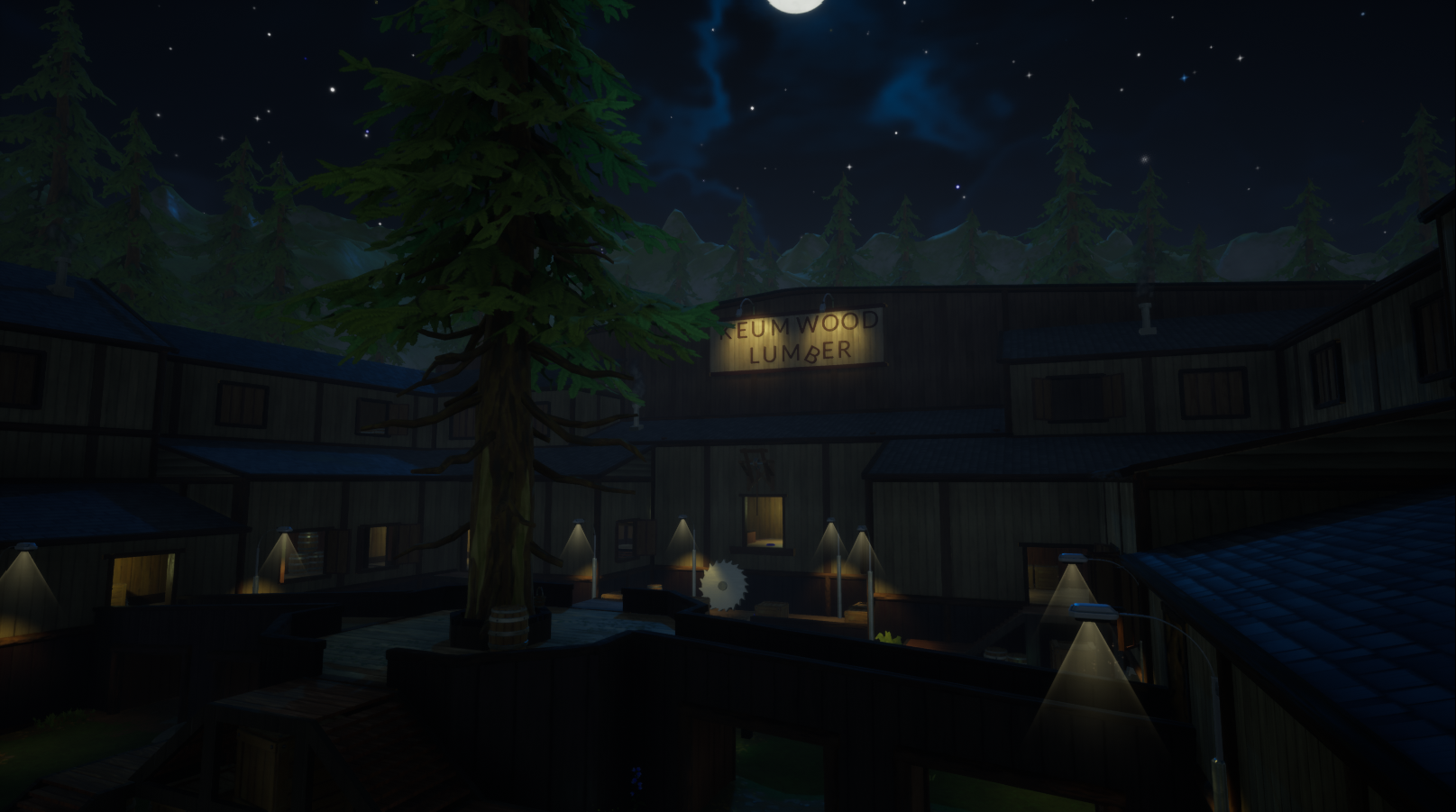 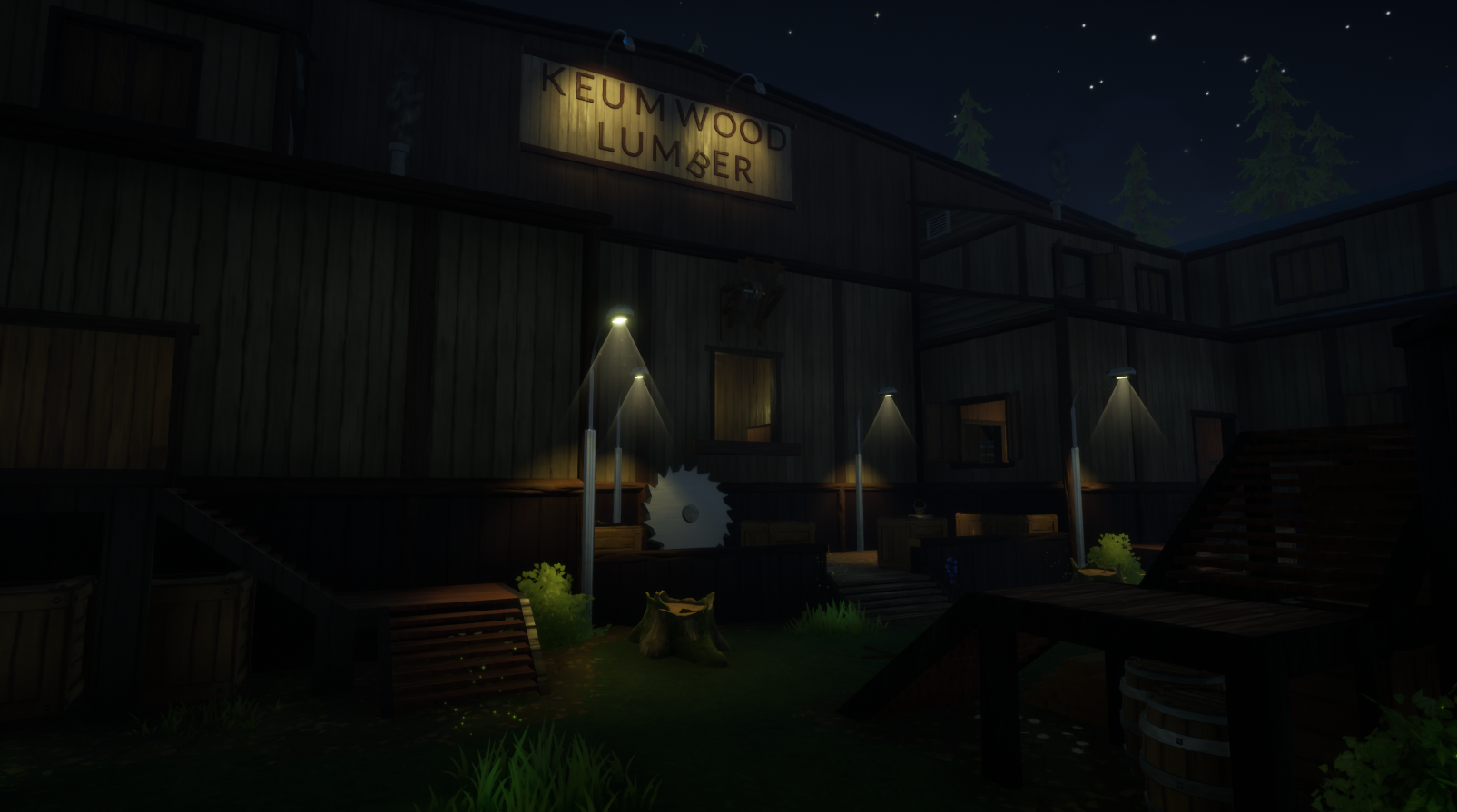 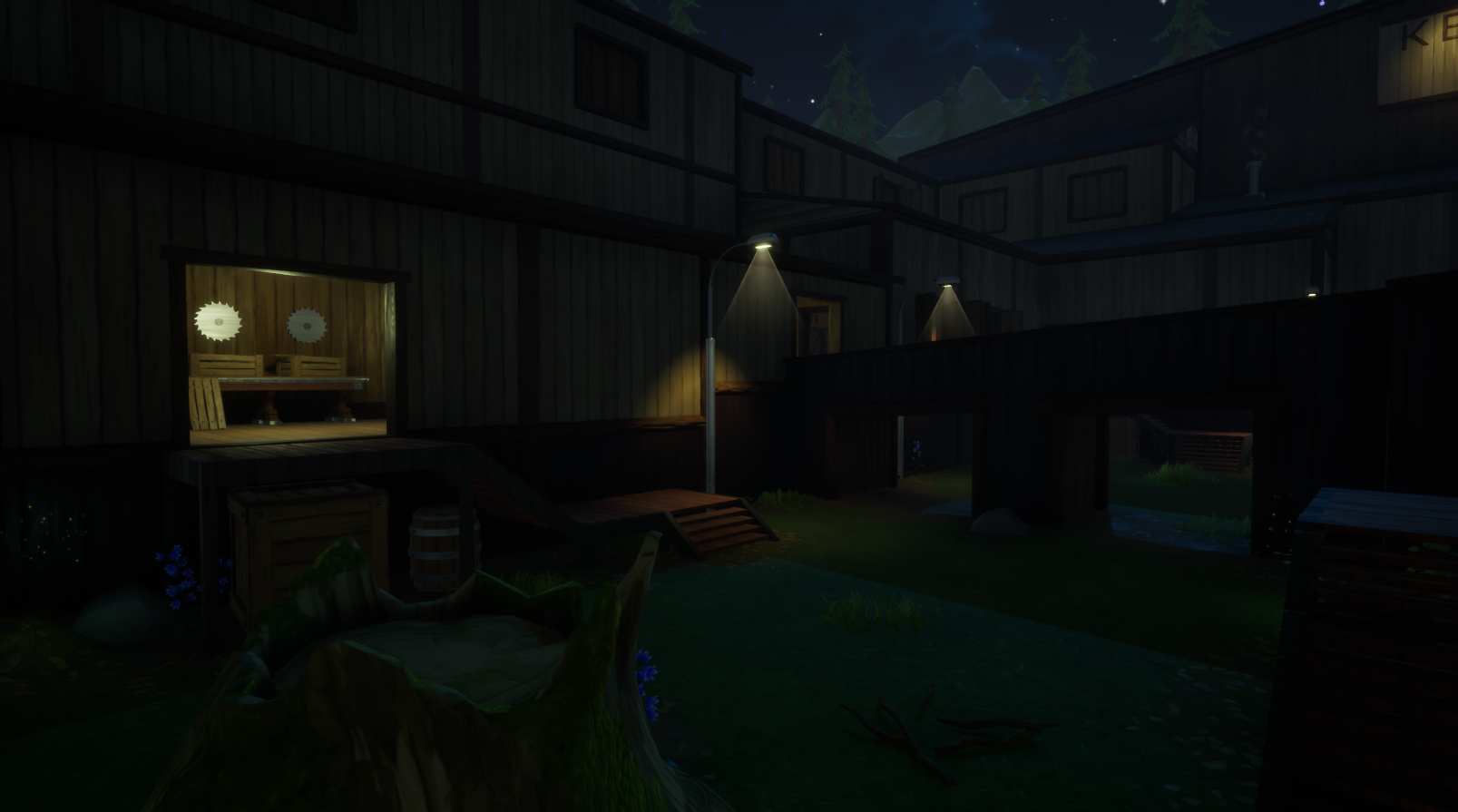 Player's fight over abandoned sawblades and old wood in this Lumberyard themed FFA map. Designed for the Core: Arenas of Combat - Level Design Contest, I had two weeks to blockout, playtest, and fully artpass before the submission deadline.

Lumberyard was a level done for the Core: Arenas of Combat level design contest. The contest had a time constraint of one month; during this time I designed, iterated, playtested, and artpassed a fully playable level. Below was my first iteration of the layout. 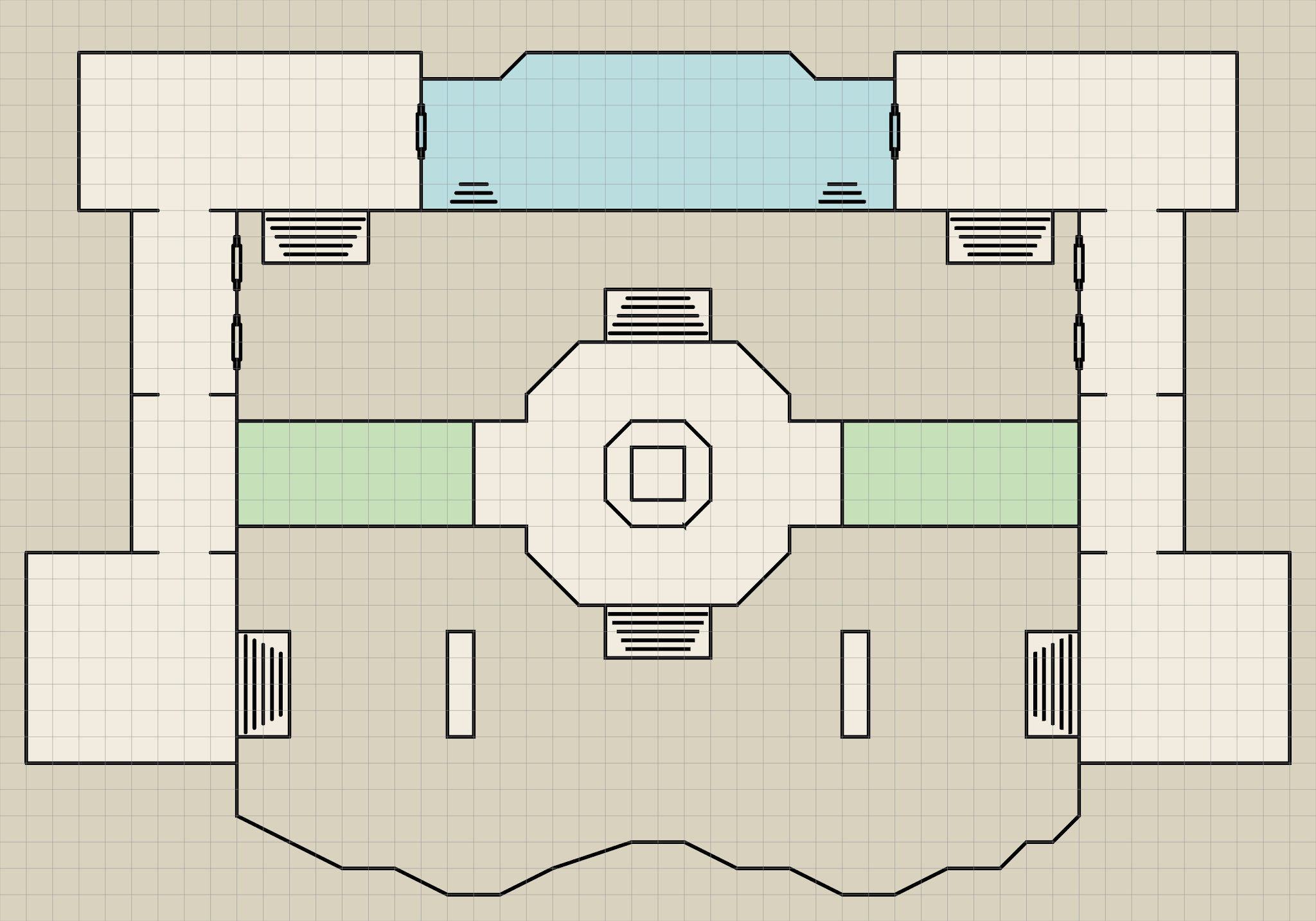 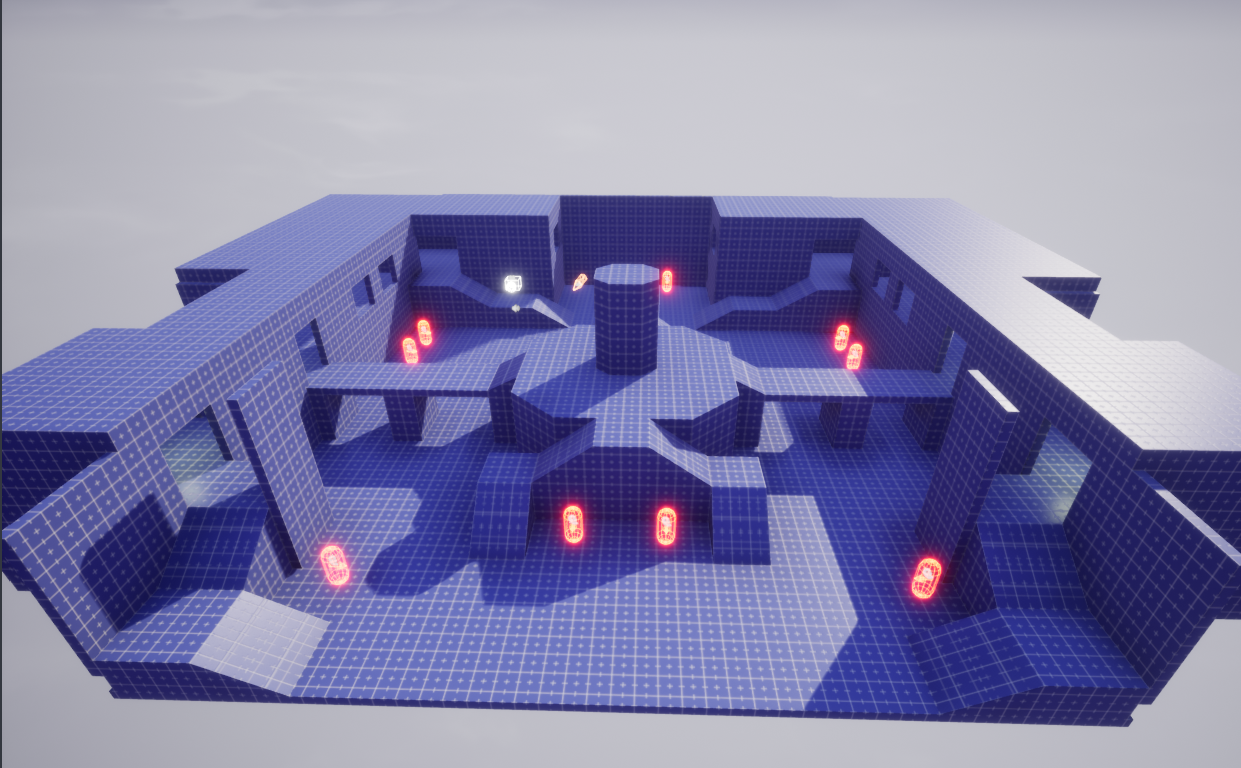 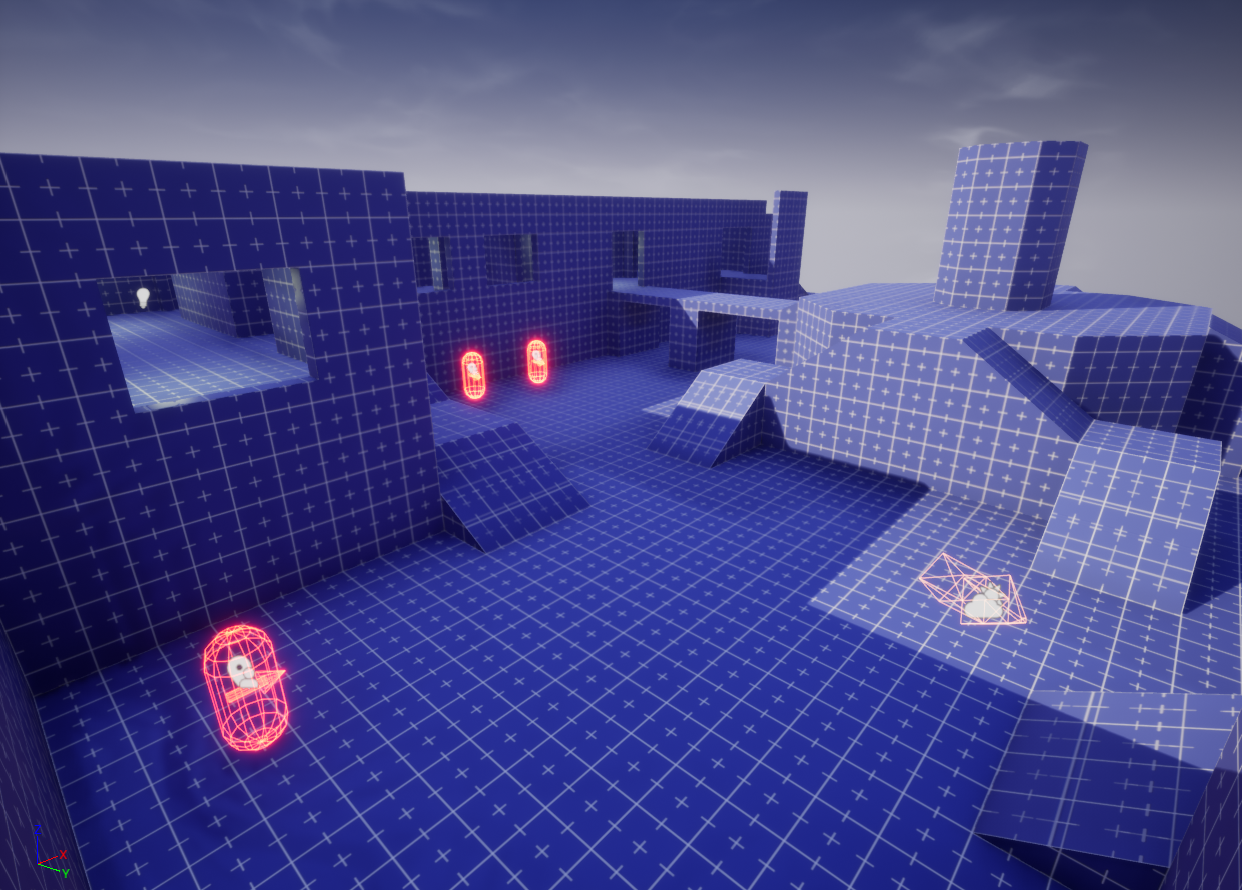 This first blockout was very simple, at his point I was still figuring out sightlines and seeing how everything felt in a 3D environment. After a bit playtesting I began experimenting with slight artpassing to try and figure out what kind of space I wanted to create.

At this point the only theming I had in mind was that the bottom section would be a cliff. That choice alone though led me into a more nature-esque lumberyard theme. 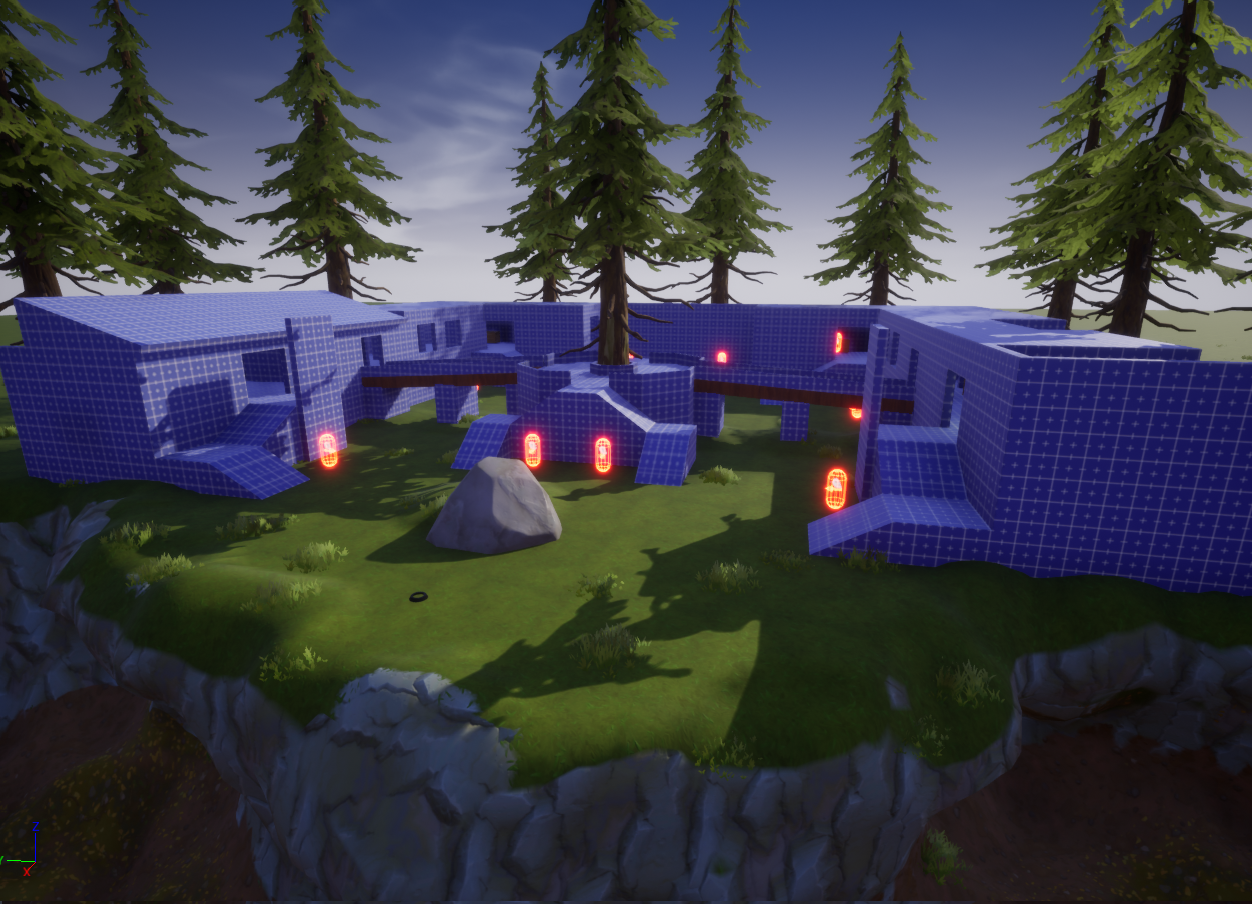 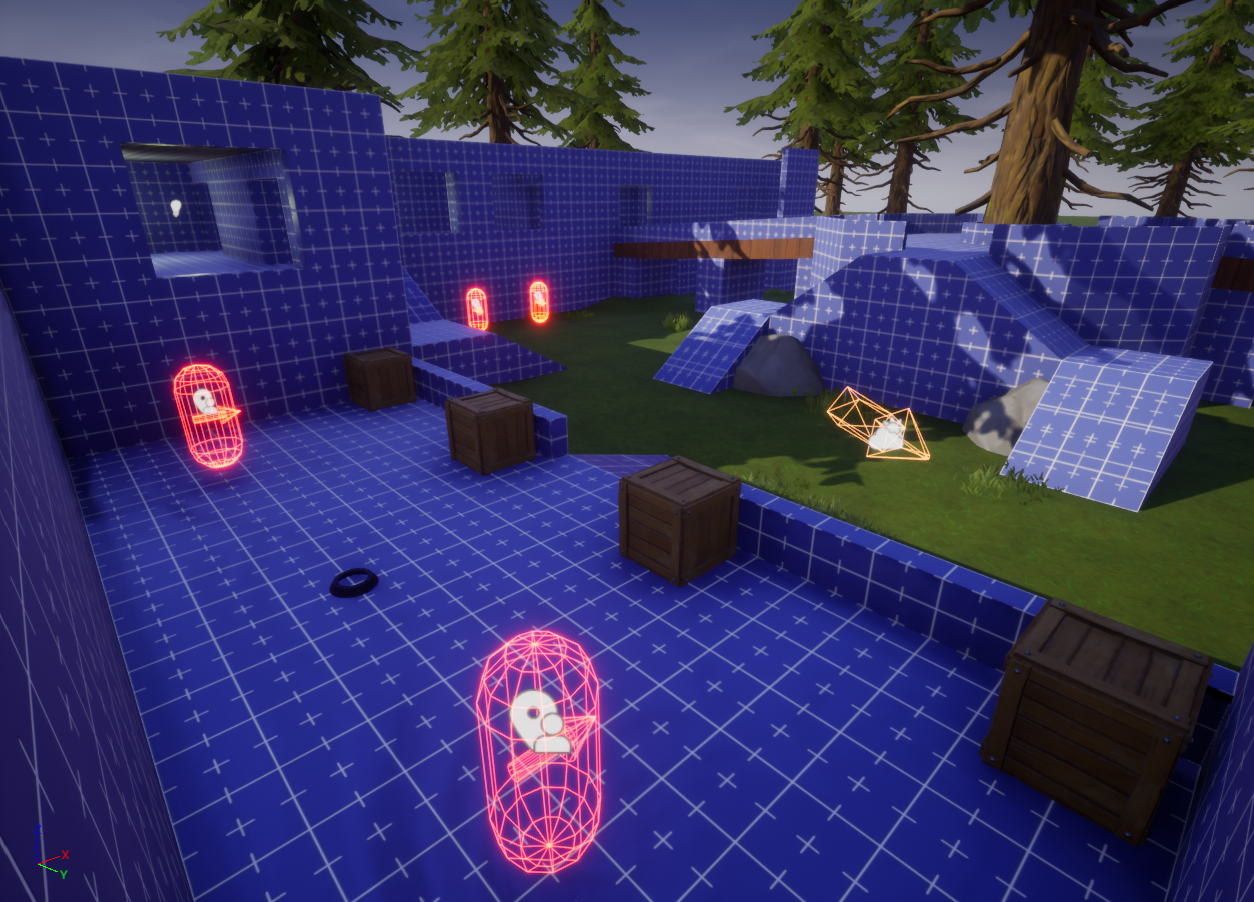 This initial basic theming did help me realize the space more. In the screenshots above I added slight height to the back area with an elevated platform and mitigated a slightline through the mid section by making the bridges inclined.

I also created a new interior space which helped to add a more varied gameplay space. The window helps to add a vantage point that players can try and snipe from while the interior makes sure that the window isn't too powerful by being easily flankable and option limited. The railing on the inside also helps to make sure a player standing has to commit to being there, they simply can't strafe to cover if a player outside spots them. 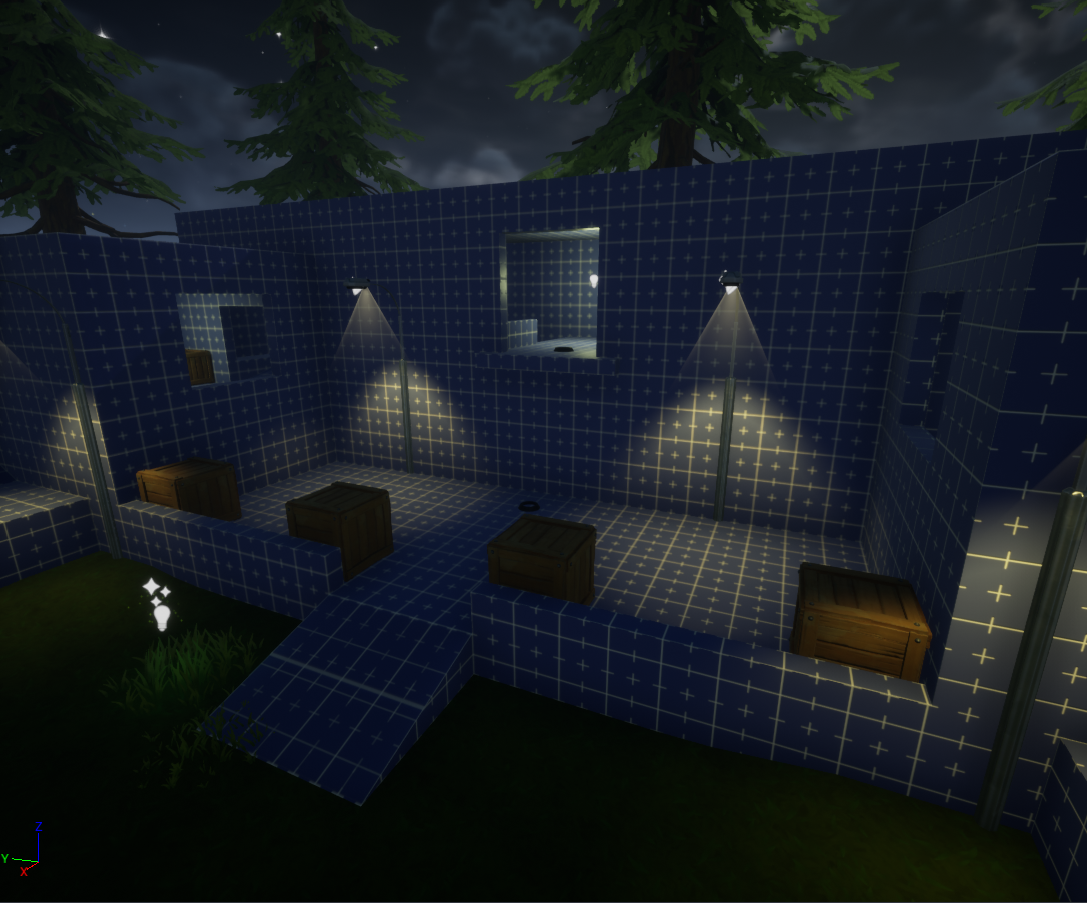 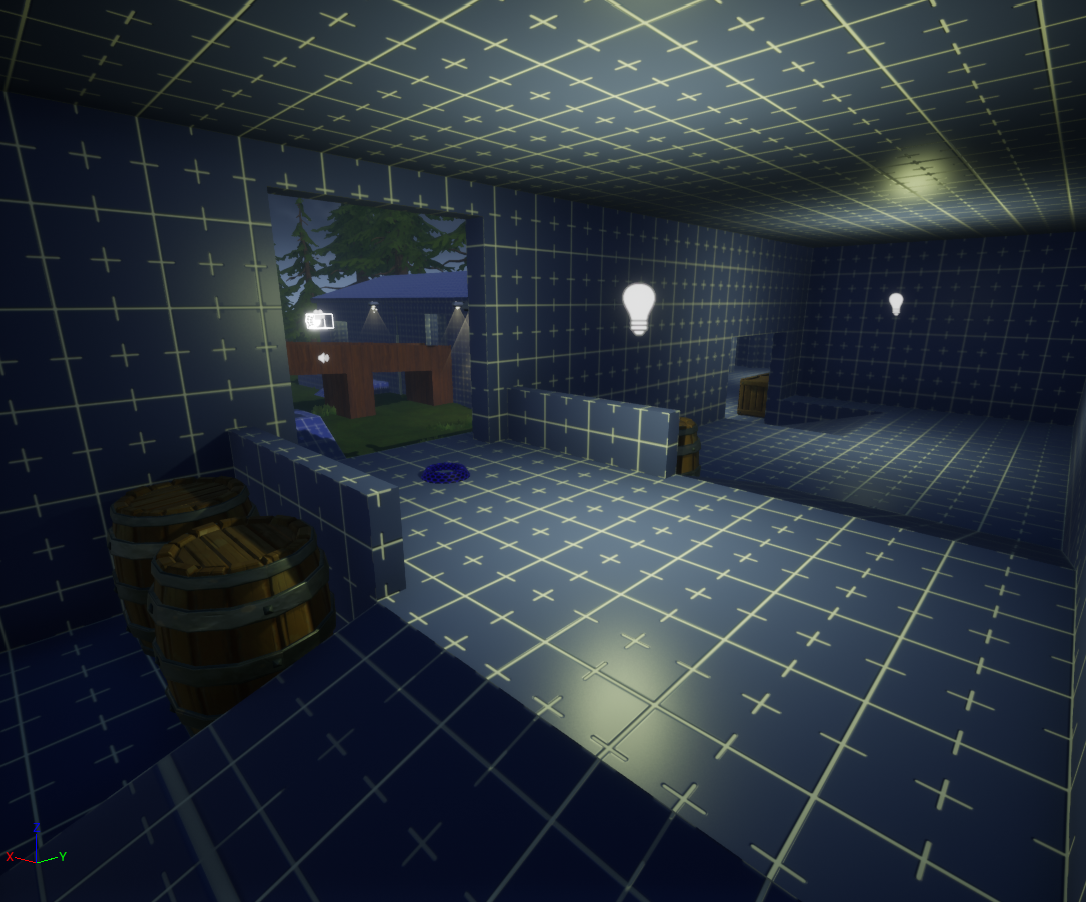 At this point the contest only had about a week left. I decided that layout wise the map was feeling pretty final and began seriously artpassing. Below is a gif I created of the different versions, from a1 to final. 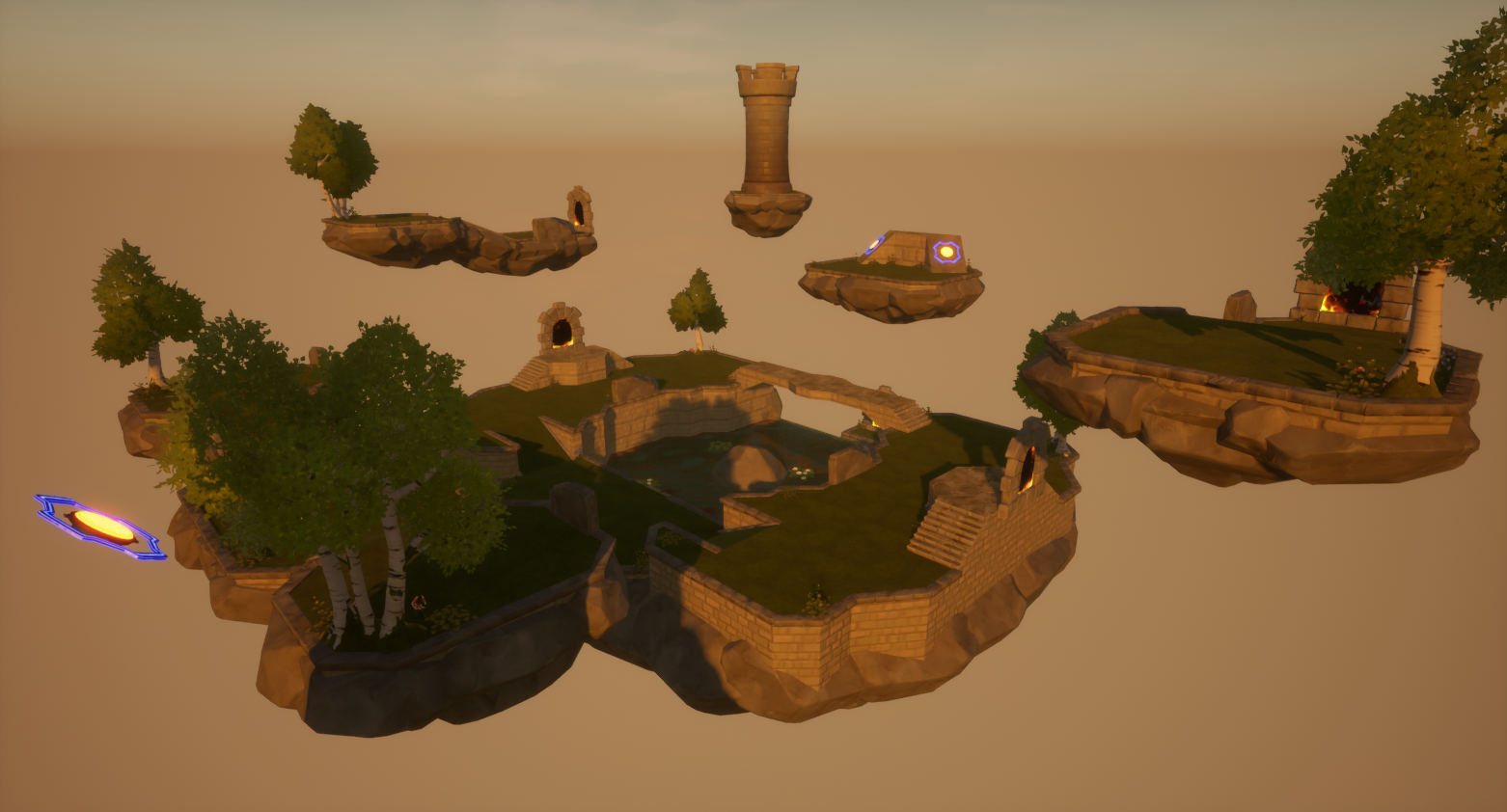 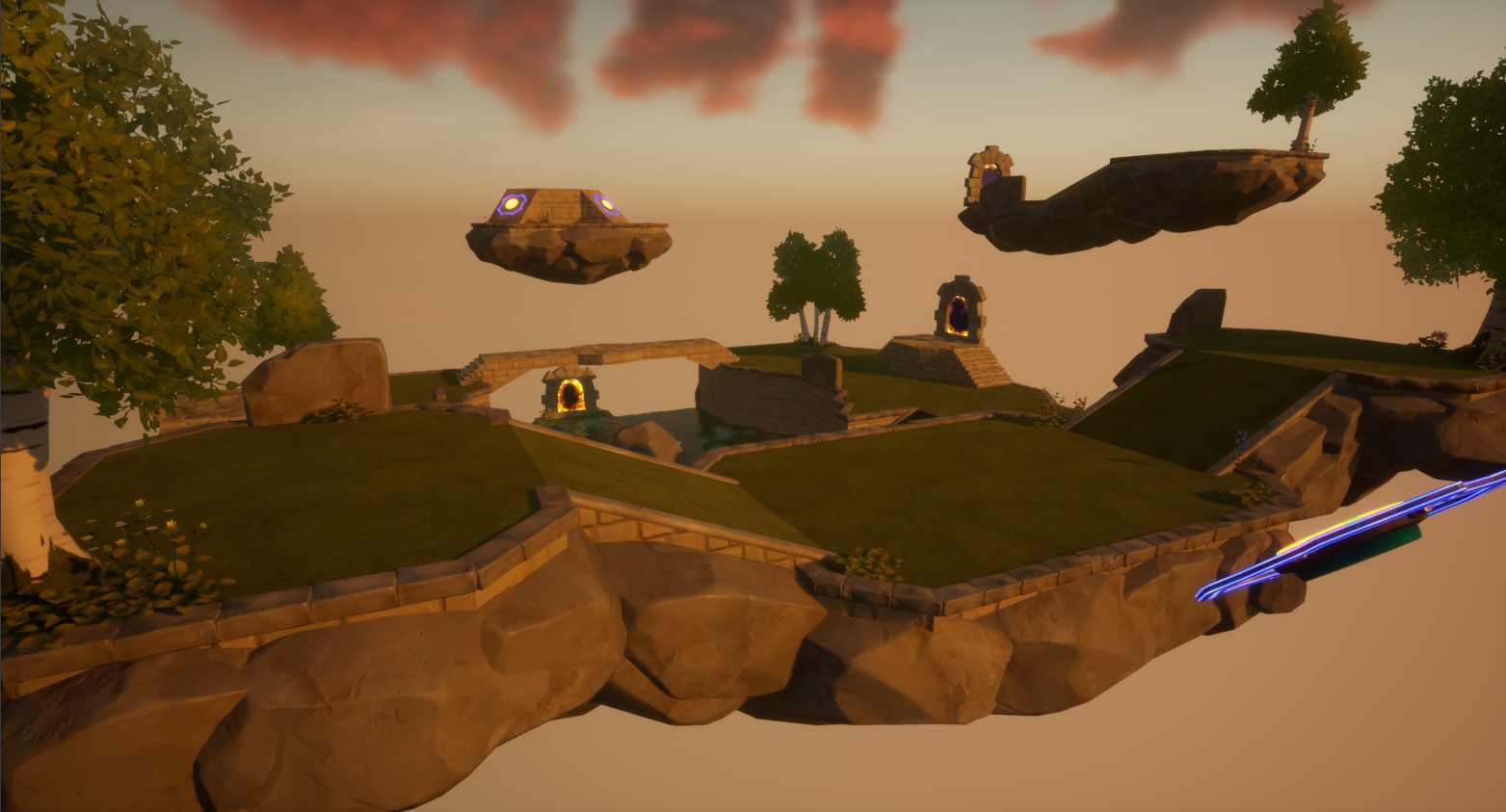 Heavily inspired by Quake's Longest Yard, this level was desined to facilitate fast action and quick decision making. Portals act as a quick escape and allow players access to the higher areas of the level.

Instakill Arena was created for a gamemode I made modeled after Quake's Instagib. In this gamemode players are given weapons that can eliminate other players with a single shot. I wanted to create a level that allowed players to maneuver around the map quickly and gain advantage over other players though quick thinking. I decided that a level taking elements from Quake's Longest Yard, as seen below, would work the best. 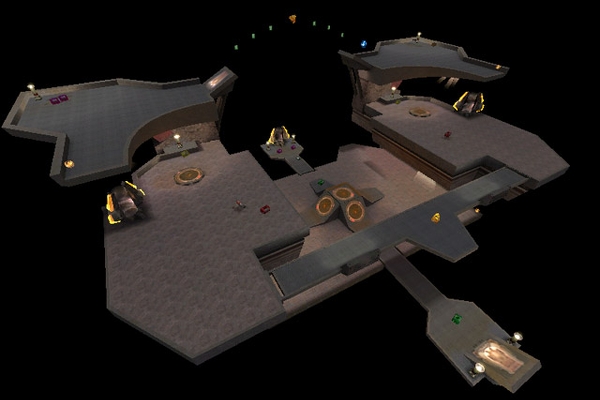 What I ended creating is Instakill Arena, a 4 player symmetrical layout split between 5 floating islands. 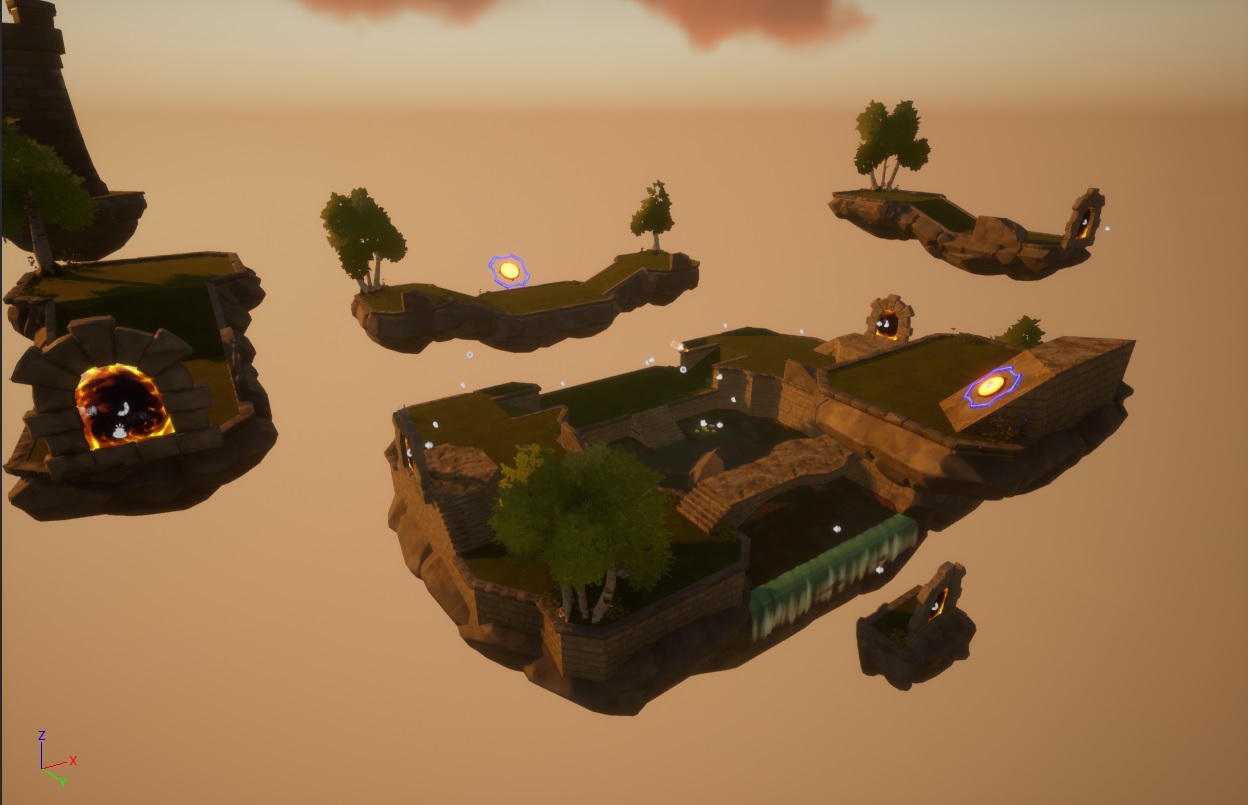 Players have to use an array of teleports and jump pads to navigate around, below is an image denoting the destinations that they take you too.

The Red dotted lines are jump pads with the X's being their landing locations.

The yellow and blue solid lines are teleports, with the circles being the entrances and arrows being where they exit too. 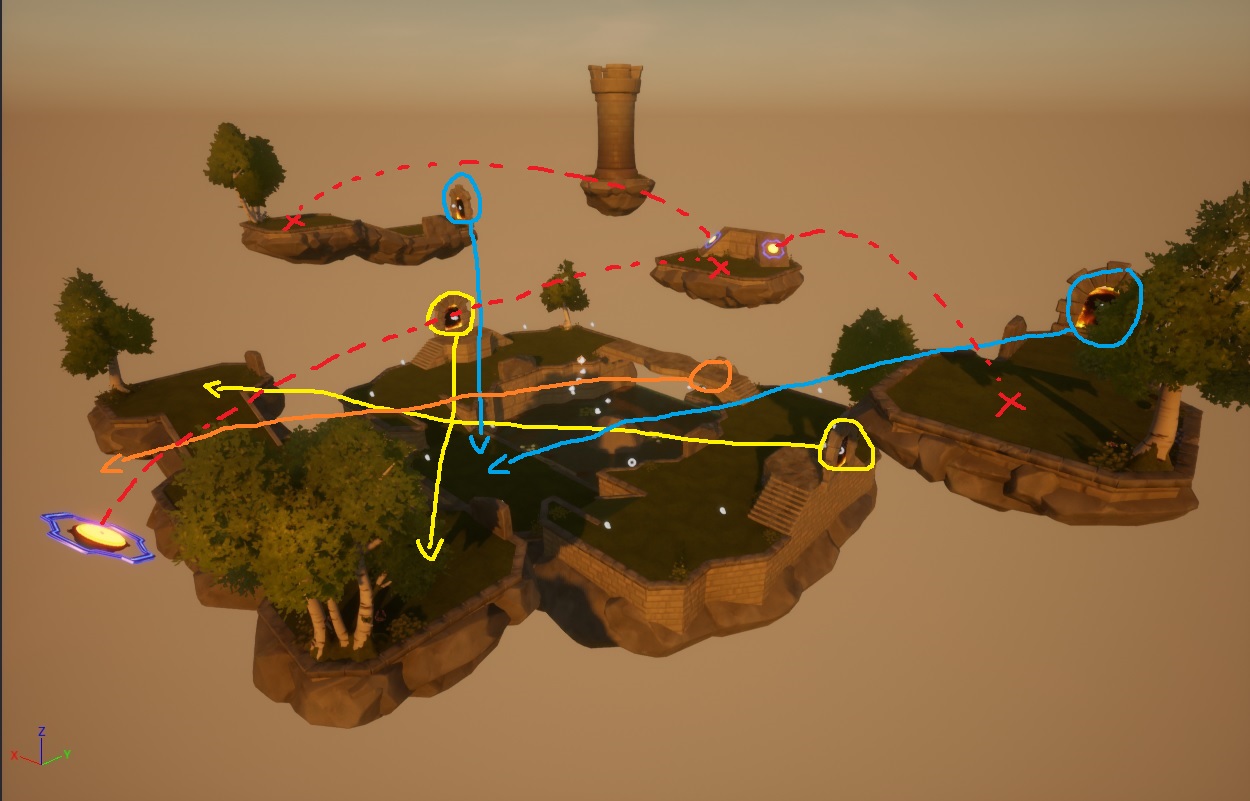 The use of jumppads and teleporters offer players high maneuverability at a risk. Each has a set destination, meaning that a player with a familiarity of the level will have some idea of how to counter someone using one to try and gain an advantage.

For example, if a player where to take the orange teleport in the screenshot above they'd be sent to the jump pad sending them to the smaller mid island. A player seeing this on the lower island could then take one of the yellow teleporters to gain a sightline on the landing player. 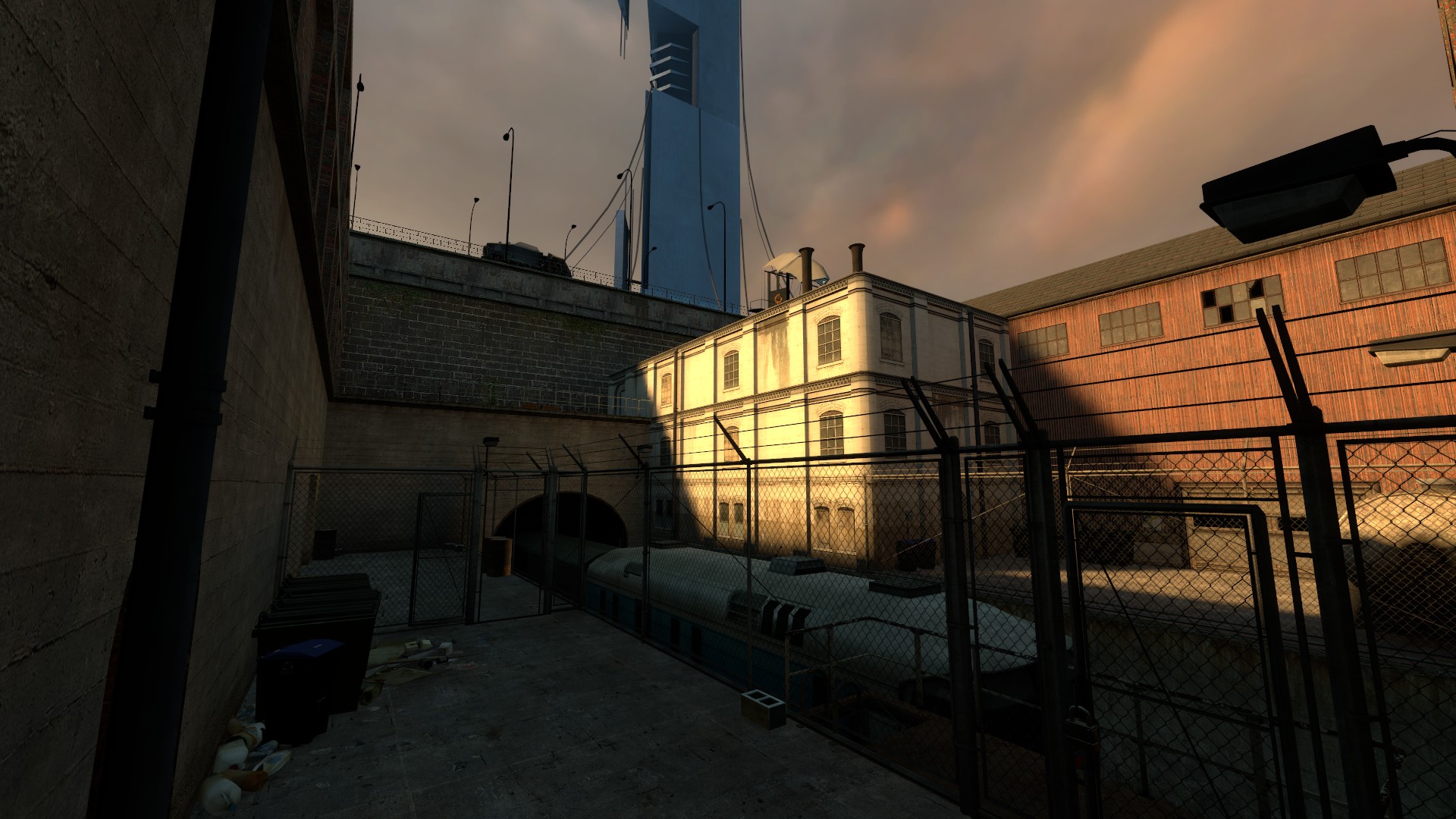 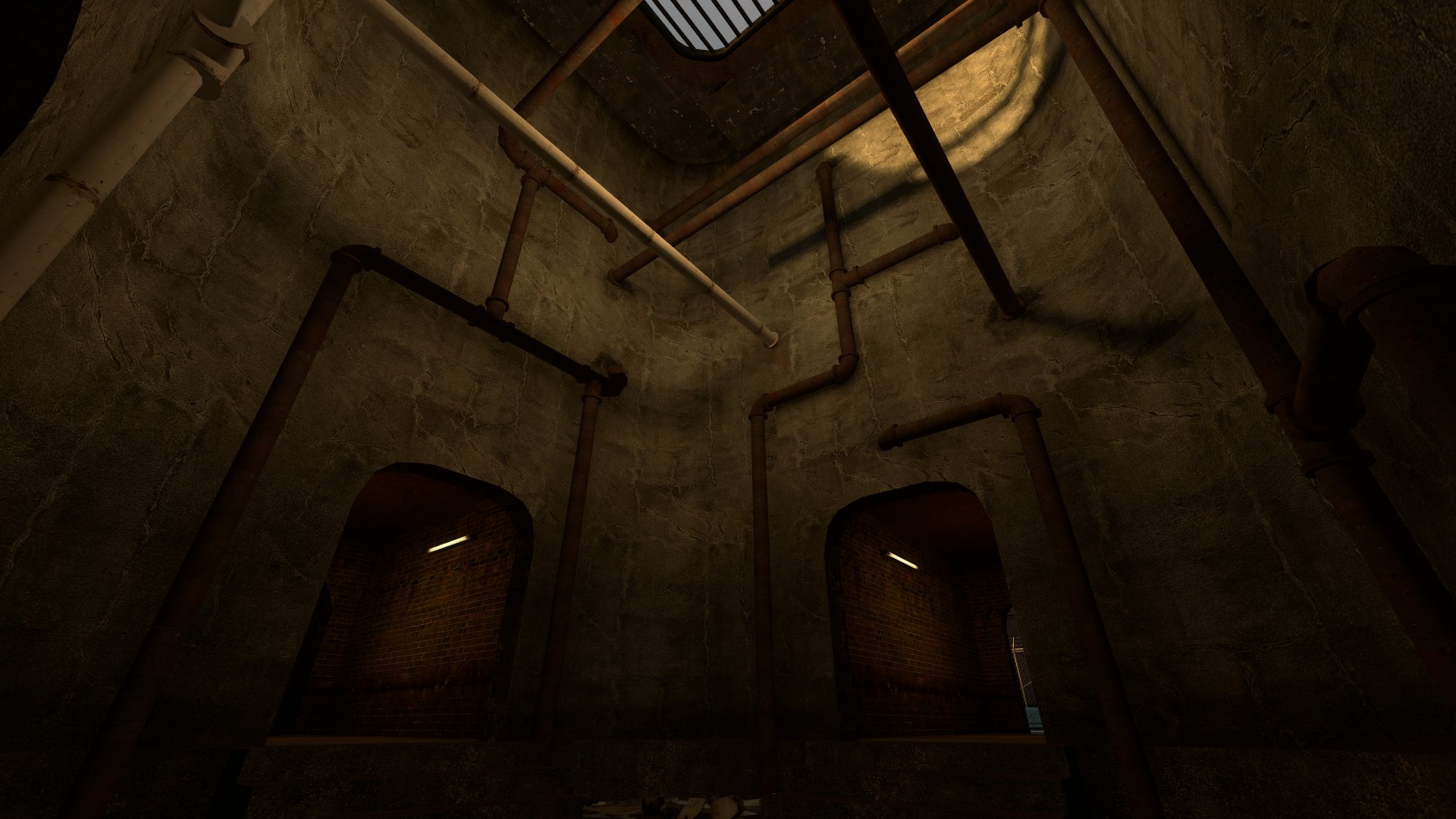 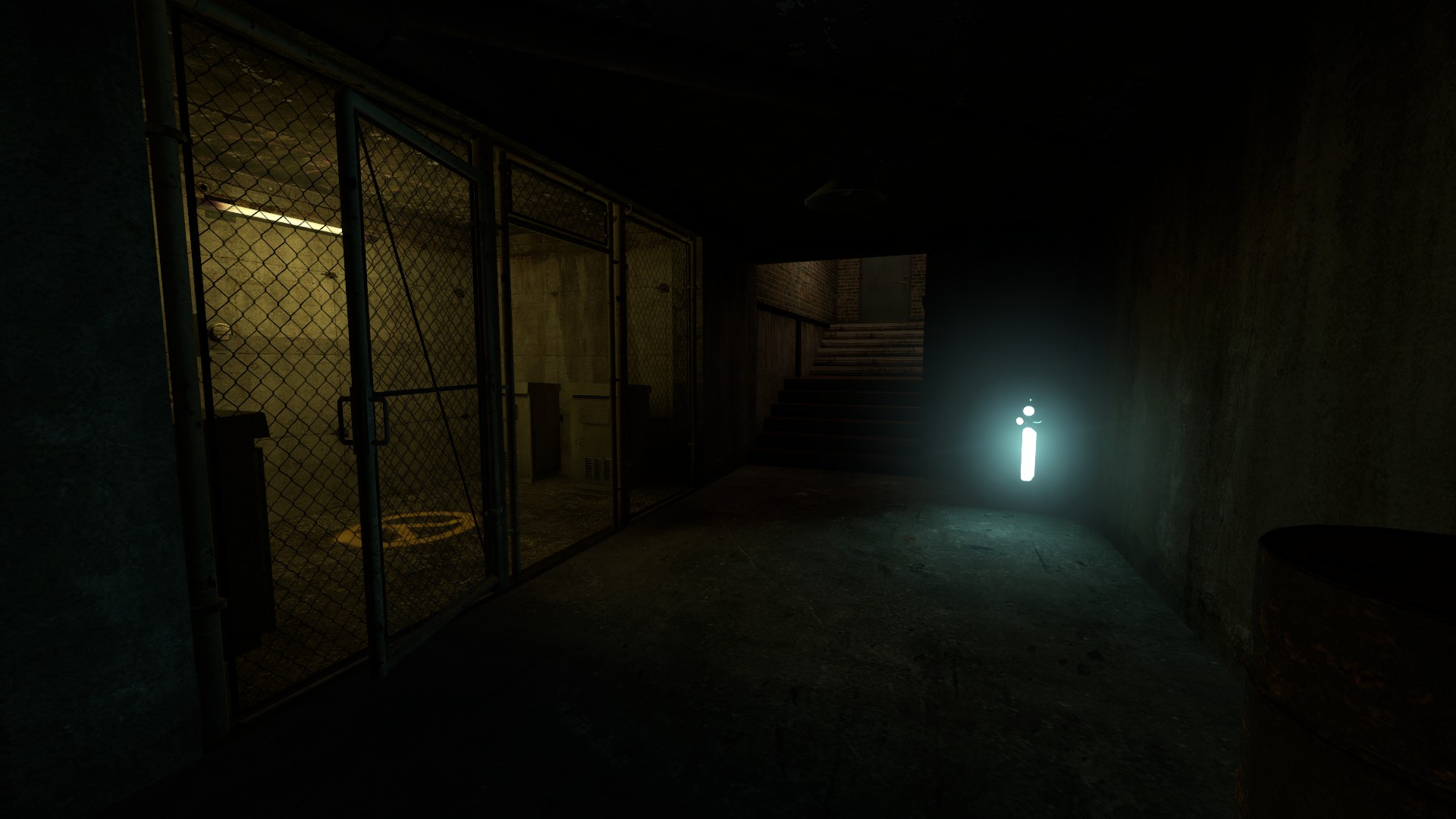 Rebels fight to take control over a Combine checkpoint overlooking an important railway. The goal for this level was to make a map for HL2:DM that wasen't another just killbox and that stayed aesthetically consistant with Half-Life 2.

Railway was created mostly unplanned. Rather than go a create a level on grid paper and block it out I decided to go ahead and create a level as it came to me. I already had some ideas for certain rooms and theming so I ended up designing the level mostly around aesthetics rather than gameplay.

What I ended up with is, what I would consider, a pretty mediocre level. Routes are very claustrophobic and feel cluttered. It also ended up being really flat, with the only real height variation being in only one room. Also it's very dark, VERY dark; I wanted to try and light the level through as few "artificial" lights as possible, opting instead for natural skylights and Combine installed spotlights.

Aesthetically however I think I did a great job. Areas around the level feel lived in and used. I wanted to make it feel like an abandoned Combine checkpoint that was overrun by Rebels. I even added the citadel in the skybox to try and ground it as a place from Half-Life 2. Also despite the lighting being terrible for gameplay I think it looks pretty good in most places.

If I were to try and fix it I think I'd rebuild everything from the ground up, focusing on creating spaces that are fun to play in before trying to make them look nice.